Irish Citizen of the Year

Every year since 1978, The Athletic Club and now the Athletic Club Foundation has selected an Irish Citizen of the Year. This honor goes to a man or woman who exemplifies the spirit of their Irish heritage through their continued service to the Indianapolis community, to their family and other selfless acts that personify being Irish. 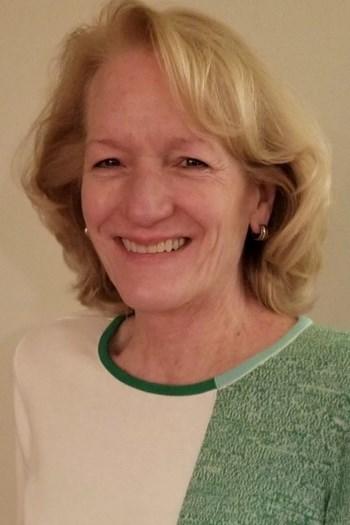 Jane, an Indianapolis native, is the daughter of Michael Richard and Genevieve White Coffey who met at Holy Cross Catholic Grade School, and were engaged to be married on St. Patrick's Day in 1949. Her maternal grandfather, Joseph White was in the first graduating class of Holy Cross in 1912 and was a parish charter member. Her Irish heritage connects through both her maternal and paternal grandparents to counties Galway, Mayo and Kerry. Grandparents, Hugh Richard Coffey and Delia Hennelly, immigrated to the United States from Ireland in 1912 and 1914 respectively, making their way to Indianapolis shortly after arriving. Through Hugh and Delia, Jane still has family that lives in Ireland. The Indianapolis Coffey family maintains a close relationship to those overseas.

The youngest of five children, Jane, her sister, Mary, and brothers Timothy, Daniel and Michael were immersed in Irish culture and taught to value their Irish heritage.  Like all good Irish families, a meal of Corned Beef and Cabbage kicked off each New Year for good luck, and a week-long celebration of St. Patrick’s Day (including the annual Parade) became a family tradition. When relatives from Ireland would come to visit, they often stayed at the Coffey’s and shared stories that reached back through several generations.

In 1998, sixteen members of the Coffey family traveled to Ireland to meet with relatives, tour old family homes (one with a thatched roof), learn about raising sheep on the family farm and about life in Ireland. Over two weeks, the family caravanned around Ireland. This multi-generational trip made an impression on the Coffeys. The stories of a 15-passenger stick-shift van, communicating with walkie-talkies (pre-cell phone), and clinging to one another at the blustery Cliffs of Moher are still told today.

Jane is married to Thomas Jerry Elliott and together they have four children, Genevieve (Patrick) Locke, Thomas (Joanna) Elliott, Margaret (Kevin) McLane and Peter (Kate) Elliott and six grandchildren, Declan, Clara, Logan, Morgan, Lochlan and Cormac. Jane was an active volunteer at their children’s schools including coaching kickball and volleyball at Our Lady of Mt. Carmel Grade School, serving on the OLMC Parent Teacher Organization board, and fundraising for the Cathedral High School Theater Department.

Jane graduated from Little Flower grade school, then attended Ladywood-St. Agnes High School and graduated from Brebeuf Preparatory High School (where she met Tom) and earned her bachelor’s degree from Butler University.  Jane was the first Legal Marketing Director (Baker & Daniels) in the State of Indiana and contributed to the advancement of that professional position for law firms all over the country. Later in her career, Jane became the public relations representative for the family of Becky and Keith Dilley when Becky gave birth to the first set of surviving sextuplets in the United States. The work involved four years of filming with Diane Sawyer, developing a book with Random House and navigating worldwide media attention. Jane also spent twelve years as the Development Director for the Catholic Youth Organization (CYO) of Indianapolis and raised substantial funds in support of its programs. In her time at CYO, she spearheaded a campaign to provide financial support for a new office building and a new maintenance facility, the repurposing of three existing buildings and grounds improvements at CYO Camp Rancho Framasa. She is passionate about the positive experiences Camp provides CYO campers, counselors and families.

Jane is a long-time member of the LOAH. She and her husband, Tom, have attended every AOH St. Patrick’s Day breakfast since 1982 when Dennis Day performed. Jane, Tom and their family are very involved with the Indy Irish Festival as her sister, Mary Coffey, has been its long time Chair. Jane is proud to be a part of the volunteer-run organization and wants to recognize the hard work of those involved with the fest year-round who bring it to life every September.

Jane is grateful to have been chosen as the 2022 Indianapolis Irish Citizen of the Year. She considers herself lucky to have been born into an Irish Catholic family. There is no greater group to be among, than the Irish of Indianapolis! Sláinte!