Each year, The Athletic Club Foundation awards the Irish Citizen of the Year honor to an individual who exemplifies the spirit of their Irish heritage through their continued service to the Indianapolis community, to their family and other selfless acts that personify being Irish. 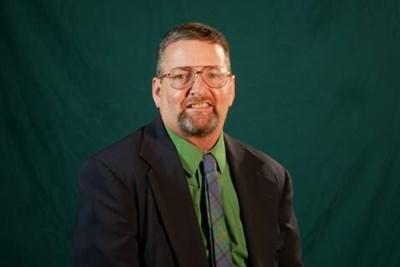 John Hegarty grew up in Ireland. Both his mother, Annie Brown Hegarty, and his paternal grandparents were from Kilcar, Co. Donegal. After growing up in Kilcar, John Hegarty arrived in Indianapolis in the summer of 1988 and began working at McGinley’s Golden Ace Inn. For many locals, going to the Ace is one of Indy’s St. Patrick’s Day traditions. While working at the Golden Ace, John began coaching the boys’ soccer team at Scecina Memorial High School in 1991 and continued as coach for 16 years, earning coach of the year honors twice. Early in his coaching career, he earned a bachelor’s degree in English and a master’s degree in English Education. In 2000, John began teaching English at Scecina, which marked the beginning of a successful career in education. He went on to hold several administrative roles at Scecina including Athletic Director, Vice Principal and Principal.

John currently serves as the Director of International Programs at Scecina, where he is focused on  recruiting international students. John is proud of his ministry at Scecina and the role he has played in maintaining academic excellence as well as the cultural and racial diversity of Scecina.

John is actively involved in local Irish organizations. He is a member of the Ancient Order of Hibernians. He served as President of the Kevin Barry Division twice and also served a term as President of the Indiana State Ancient order. In addition, John is a member of the local organizing committee of Indy Irish Fest, a popular festival in Indianapolis.

John was married in 1995 to Patricia Dugan, who is from Indianapolis with family roots in County Galway. They have two sons, Joseph and Eamon, both of whom are Scecina graduates. The Hegarty family are members of Holy Spirit Catholic Church.